The world of Covid19 has highlighted the influence of technology and Artificial Intelligence (AI) on labor market operations in developed and developing countries alike. Technology and AI pose opportunities and threats for the labor markets in developing countries. From an opportunity perspective, technology and AI can complement and further enhance the skills of the labor force and therefore boost their productivity, improving the efficiency of the overall production process. On the other hand, they could act as labor replacing and, in that case, contribute to the increased frictional and structural unemployment. The net effect of the fourth industrial revolution therefore depends on the skill composition of the labor force and the readiness of the labor market with both its supply and demand forces.

On the supply side, the labor force in Egypt is relatively young, whereas the demographic structure of the population has shaped the composition of the labor force. However, the current phase of the population structure of Egypt[1] has actually worked on easing the pressures on the labor .[2] Accordingly, starting the year 2018, the unemployment rates have started to decline reaching 10 percent, with youth unemployment remaining at a persistently high rate of 31 percent.

The plight of the youth unemployment in Egypt has its roots in the high rates among the more financially able and educated ones. The less financially able young ones cannot afford to stay without a job[3] given the financial constraints they face pushing them to accept any kind of job they get, regardless of its quality and working conditions. Therefore, the unemployment problem is more acute among the educated young people of Egypt.

This situation has led youth unemployment to be highly driven by a mismatch represented in the private sector demonstrating needs that are not quite met by the pool of educated job . The existing skill composition and the quality of education has significantly contributed to unemployment among the youth and educated.

Vertical and horizontal mismatches classify the Egyptian labor market. This classification shows that the level of education or skills acquired is higher than the one requested by the market (vertical mismatch) and is not even of the right type (horizontal mismatch). In other words, the young people have acquired a lot of education but of the wrong kind. This acquired education has raised their reservation wages and the available job opportunities do not match neither their skills nor their reservation wages. Therefore, a mismatch in the level and the field has resulted in the unemployment and inactivity among the working age population. This necessitates an alternative analysis of labor markets, examining skills supplied and demanded and not only the size of the labor force.  This mismatch has forced almost half of the working youths to engage in occupations that do not match their education and has led to increasing skills gap, with employers reporting difficulties in finding the skilled labor needed.

The identified skills mismatch is considered one of the most recurrent identified reason for the vulnerability of the developing countries at large to the fourth industrial revolution and the expansion in the use of technology and AI. This vulnerability is further compounded by the effect of technology and AI on the middle-skilled workers mainly in the manufacturing and the services sectors. Both sectors are considered the main hiring sectors of the labor force in Egypt and this impact is expected to polarize the labor market. The replacement of the middle-skilled workers while on the other hand maintaining or even expanding on the use of the low-skilled and the high-skilled ones are the main features of this polarization in the labor market. This sudden shock to the labor supply (artificial labor supply addition) at the middle-skilled workers level is expected to push the labor wages down along with expected deterioration of working conditions.

The situation for women remains ambiguous given the unidentified impact of the fourth industrial revolution on the sectors acting as the main employers for Egyptian women. The health, education and social services sectors have traditionally been identified as female-dominated sectors. On the one hand, these sectors are not expected to face identified changes resulting from the fourth industrial revolution, the use of technology and AI. On the other hand, the limited access of females to technology and skills enhancements could limit their adaptability to technology and their ability to engage in in the higher-skilled and higher-paying jobs. Therefore, the use of technology and AI is not expected to disturb women already employed in female-oriented services sectors, while potentially segregating against women in the digitalized high paying jobs in the other economic sectors.

Mitigating the negative effects of digitalization and the use of technology and AI in the main economic sectors in a labor intensive economy can be achieved by focusing on the identified deficiencies of the education sector and the proper matching between the education outcomes and the labor market opportunities. Policies that focus on improving the quality of education, both the general and the vocational, as well as ensuring the access of females to this high quality education requires the mobilization of the country’s resources towards achieving this policy formulation and implementation. On the other hand, capitalizing on the productivity-enhancing role of technology and AI requires the skills identification and optimization to bring about benefits to economy at the micro and the macro levels.

[2] With the youth bulge moving towards the 30-34 and the echo being at school aged, there is relatively less concentration at the job entry age group in the labor market

[3] The educated and the better off ones can afford to stay longer without a job, waiting for a formal and a more stable job offer. 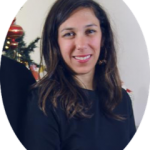 Dina Abdelfattah is assistant professor of Economics at AUC School of Business. Additionally, Dina is a migration consultant at the Egyptian Society for Migration Studies. Her research interests are in labor economics and migration studies.