Listen to the article

COVID-19 became a reality in Egypt last March, and like elsewhere, it fiercely attacked the country’s vulnerable spots. Surviving on precarious work and often residing in informal dwellings, informal communities were severely hit. As schools were closed, partial lockdowns were announced and people were urged to stay home, informal workers were struggling to go out to work. Unfortunately, leaving home meant facing illness, possibly death, and ultimately hunger for dependents who have nothing to fall back on. Caught in this vicious circle, Egypt’s informal communities represent a case that calls for urgent policy intervention and highlights the need for research to inform policy-making that targets inclusion beyond the current crisis.

Classified as those who work with no contract and no social security, informal workers constitute more than 60 percent of Egypt’s labor force and contribute 40 percent of its GDP. They have no access to social security and operate outside state-sanctioned laws and parameters, especially labor laws. Excluding those in agriculture, the share of informal workers in the labor force is 53 percent.

The informal economy is closely tied to the formal sector through a variety of direct and indirect linkages. These include transactions for services and feeding industries like handicrafts, woodwork, intermediate goods and inexpensive parts. Informal service providers such as domestic helpers, caretakers and drivers are a reality in Egypt’s everyday life.

Thanks to its agility, Egypt’s informal sector has a history of keeping the country afloat and cushioning the economy against shocks, most recently the 2011 uprisings and the 2008 financial crisis. Not this time.

First came the direct blow to demand from traditional employers who denied their informal workers access to work out of fear of infection. Next came the blow from reduced demand in the formal sector as industry was dealt a harsher shock than ever before, dragging the informal sector along. The unprecedented impact to tourism and the Suez Canal – along with the closure of businesses – killed informal transactions such as handicrafts, bazars, and the like. School closures nulled the need for corner stationary shops and the lockdown eliminated the need for parking attendants, a necessity in the streets of Cairo and Alexandria. Needless to say, informal workers in formal businesses were the first to be laid off.

On the supply side, informal workers have been unable to function as their own labor was being restricted by illness, curfew, lockdown and/or cordoning of infected neighborhoods. The materials they use and the products they trade in were restricted by the cut in the global supply chains. The closure of Gulf countries and the hit to remittances due to the oil price crash meant a bigger burden on low-income families, returning migrants and swelling pockets of informal labor.

In the end, informal workers were caught between demand and supply shocks, yet continued to strive for livelihood while facing a deadly health hazard, unarmed.

Informal livelihood comes within the larger context of Egypt’s inequality which is multifaceted, multilayered and multidimensional. It extends beyond income disparity to encompass inequality of opportunity rooted in discrepancies in access to education, employment, health, sanitation, and housing. Inequalities exist along dimensions of gender, geography, ethnic and social background. Analogue divides couple with digital inequities and feed into intertwined developmental inequalities that painfully cut across lives. Today, the poverty rate in Egypt is twice what it was in 2000, as one in three people lives on less than 1.45 dollars a day and more than 6 million people live on less than one dollar a day.

Limited economic diversification and continued reliance on a few external sources of GDP – namely tourism, remittances, oil and the Suez Canal have restricted the growth of job opportunities, creating an unemployment that is structural and sticky. While the officially announced rate  is only 9 percent, unemployment is significantly high for women, the educated, and youth, lately recording 22 percent, 21 percent and 31 percent, respectively out of the relevant cohorts in the labor force. Youth unemployment is especially worrying as 60 percent of the population are under 30 years old, with 27 percent of them not being in education, employment, or training.

State relief came in response to COVID-19, with cash handouts targeting 2.5 million informal workers. These represent 12.5 percent of the total 20 million workers in the sector. The fact that some informal workers were excluded from state relief points to the larger issue of  ‘data blindness’ that excludes marginalized groups from the radar of national statistics. Only those with “irregular work” on their IDs qualify for the handouts to informal workers; those with “no work” do not.  Those who live on borrowed electricity in slums will not have the utility bill required for safety net support. The same applies to divorced or separated women living in dwellings registered in the name of their absent ex-partners. As the mainstream state program Takaful targets households with children in school, childless women who live alone will not qualify. Indeed, women were invisible altogether in applying for the recent handout as the form included only male type work categories (carpenter, welder, etc.) with no category allowed for work typically done by women (domestic helper, caretaker, cleaner, etc.). Marginalization thus can also come from ‘data blur’ as aggregates cloud out granulations only revealed by disaggregation. This gender bias and other data blurs serve to further marginalize informal groups.

The role of research

The struggle of Egypt’s informal communities amidst the pandemic highlights the need for a sharp lens that finely captures all data pixels to properly inform inclusive development policies. Better capturing realities of informality could involve novel grounds-up data collection methods that harness context specific appropriate technologies, such as mobile phones and applications like WhatsApp. In previous research within the Open Data for Development Network (OD4D), the Access to Knowledge for Development Center (A2K4D) employed such methods to capture nuanced data on informal transport networks that characterize Cairo’s Ring Road, a major highway connecting the city.

This included using mobile phones to capture pictures that document informal stops for microbuses and tuk-tuks.  The study highlights the lack of formal services available for commuters trying to reach unplanned, peri-urban, and desert areas. Researchers were able to map parts of an informal network of bus stops which served as commuting substitutes.  The study also made use of open-sourced, crowd-sourced and existing government data to evaluate the levels of safety, mobility, accessibility, and reliability of transportation on Cairo’s urban roads. Scores for safety showed a relatively wide range with some roads scoring 10 and other 4.5. Scores for accessibility indicate mostly poor access to roads covered in the study, with most scores in the range of 4.5/10. This supports evidence found of informal stops and access points created by communities to mitigate this shortcoming.

As the founding node for OD4D for the Middle East and North Africa (MENA), we at A2K4D have been engaged in research and advocacy in the area of open data, AI and inclusion. An example is the Solar Data Platform , an online, open-data platform. The aim is to curate open data on the budding solar energy sector in Egypt and foster linkages and collaboration amongst stakeholders in the community. We have also done collaborative work with partners from the Open African Innovation Research Network (Open AIR).

Earlier, we participated in the Global Network of Internet and Society Centers (NOC)’s AI and inclusion symposium in Rio de Janeiro 2017, and continue to further our partnership with NoC colleagues as together we stand to benefit from the diversity of the network and our ability to engage in collaborative and comparative research for the common good.  Our participation reaffirmed our belief that context-based research is key to the development of inclusive AI technologies, especially in the Global South where in many instances models are imported from abroad and are not tailored to local realities.

Overall, I have been involved in a series of work on open data, AI , gender and development, and am currently developing research on responsible AI and gender inclusion in MENA, specifically targeting women’s invisibility in data and algorithms. This also came in my position paper on the knowledge economy written in 2019 for Egypt’s Vision 2030.

I utilize results of the above research activities in my capacity as member of the Technical Committee for the National Council for Egypt’s Artificial Intelligence Strategy. The priority is to achieve an inclusive approach to data and Artificial Intelligence in Egypt. More inclusive data and AI in Egypt involves encouraging sharing of anonymized data, encouraging data-driven innovation by small entrepreneurs, reducing data monopolies and involving a broad range of stakeholders, including user communities and domain experts, in the process. Inclusive data and AI policies would serve purposes beyond safety nets to encompass longer term policy making for broad based development.

An earlier version of this article was published under the title of “Vulnerabilities Exposed: Covid-19 and Informal Livelihoods in Egypt”, part of the “Global Perspectives and Local Realities: An Evolving Essay Series Exploring Stories of COVID-19 in Real-Time”; co-edited by Amar Ashar (Berkman Klein Center for Internet and Society, Harvard University) and Nagla Rizk  (Access to Knowledge for Development Center (A2K4D) at AUC School of Business). 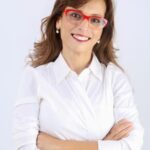 Nagla Rizk is professor of Economics at the American University in Cairo School of Business, and founding director of the Access to Knowledge for Development Center (A2K4D)