As the academic year was winding down, I felt I had no energy to write this piece, but conversations with my eighteen-year-old daughter fired me up. I owe it to her to keep trying to make the world a better place. I have been working to promote women on boards in Egypt for the past seven years. My motivation is not only gender equality but wider social change. The kind of social change that is personal, professional and political. Change in mindsets, in organizations and in culture. Women today stand on the shoulders of generations of feminists who gave us the language to redefine our multiple roles in society as working mothers, as breadwinners, as leaders. Let us remember that all women work, only some get paid.

I argue that men were left behind. They were stuck in the language of patriarchy and entitlement as providers, backed by all the deeply enrooted social and cultural perceptions that set men up with privilege, and that a vast majority subscribes to.

My advice? Look at precedent and take a stand on your values. Historically, what have disenfranchised groups in society done to redefine themselves? How have white South Africans who were against apartheid given up privileges to do the right thing? I am sure you can think of other examples.

Empowered women, and men who have figured it out, have a responsibility to create space for more men to test their arguments, without having to be defensive, until they are able to figure it out as well.

In order to engage in such a process of exploring our deeply held world views, our blind spots, our biases, we need to be ready to do the work. We need to be informed, to make the effort to find a safe space to have conversations with people we may disagree with and be ready to face self-deception.

It is a worthwhile journey. So, let’s talk about it! 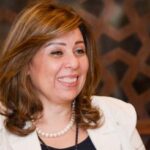 Professor Ghada Howaidy is associate dean for executive education at the American University in Cairo School of Business, and is the founder of the Women on Boards Observatory.